New styles are starting to be formed from Lolita fashion which has spread overseas in the same manner other derivative styles have formed from Lolita fashion such as Goth Lolita and Traditional Japanese Lolita styles. Last year, Muslim Lolita started to gain popularity among followers of Islam. There is also a popular style which has made its own unique evolution in China. This is the Chinese Lolita style which combines Chinese dresses with Lolita fashion. This style is spreading especially quickly over Taiwan where Japanese fashion culture is popular. In a reversal of roles, this trendy fashion is being imported into Japan from overseas.

※Please see a picture of the tea party from here. 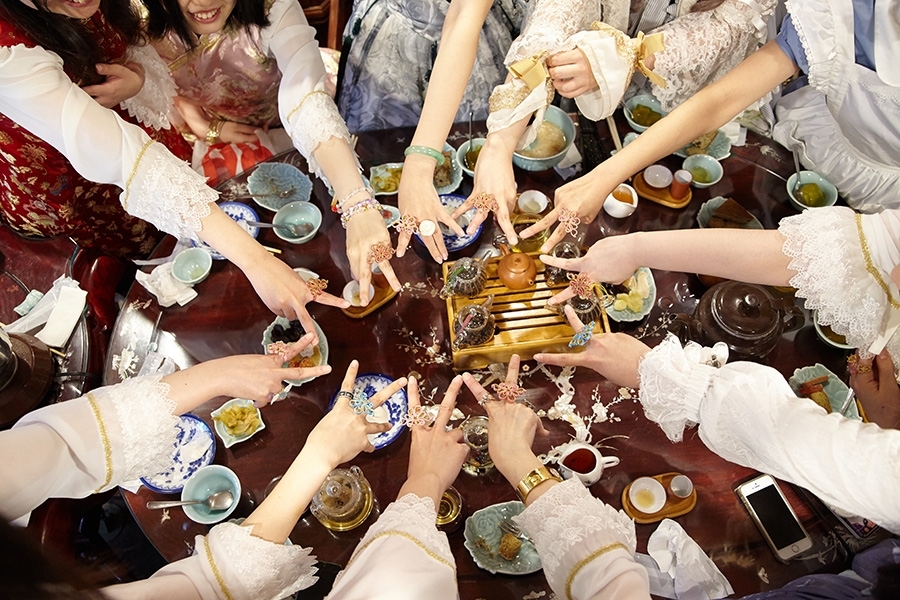