During Japan’s festivals, it is common to see people wearing happi or hanten coats, with a towel on their head, and tabi or setta on their feet. The reason this style of clothing became typical was because these festivals were originally meant for commoners, and these clothes were based what people including firemen, merchants, and craftsmen wore. 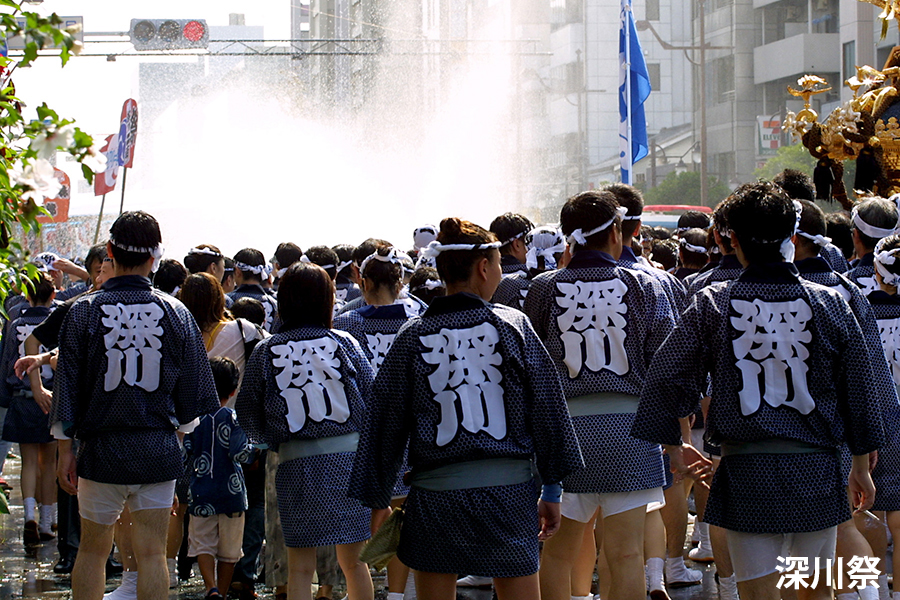 Many of Edo’s festival clothing are in the Edo style, having their roots in the clothes worn by carpenters in Edo during the Edo era. Typically, a hanten is worn over a koikuchi shirt together with a haragake and a momohiki. When wearing setta, thin tabi known as oka-tabi are worn, and when wearing just the tabi by themselves, tabi made with a tough cloth on the bottom known as jikatabi are worn. As of late, jikatabi known as air jogs containing an air cushion have been getting popular. 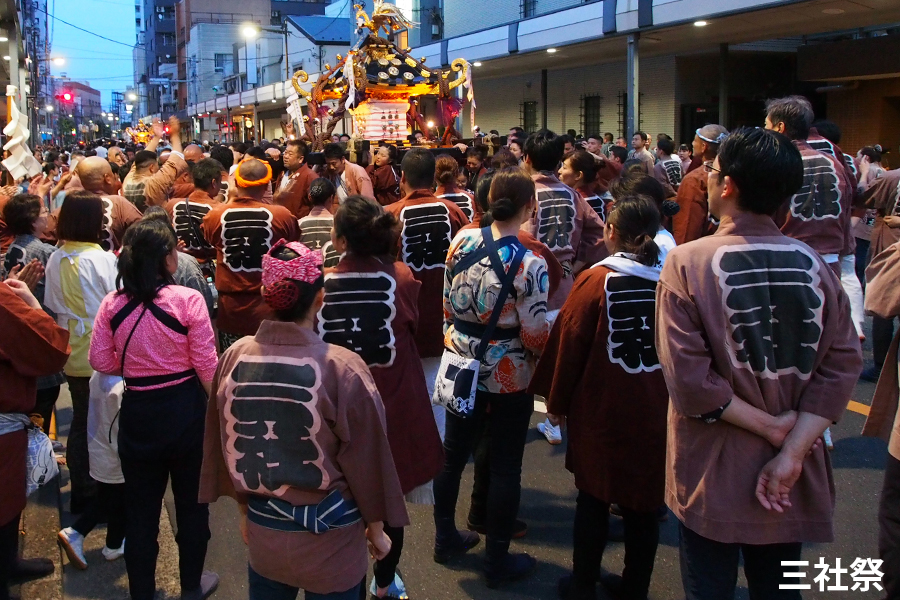 During the festivities, the people wear hanten with the kanji from their neighborhood on the back serving as a “symbol” for comradery. However, at the Sanja Festival we reported on, there were people carrying the mikoshi after being recognized as a comrade through having an acquaintance introduce them to the neighborhood group which then lends them a hanten.

At the Sanja Festival, it came to light that it was the type of festival anyone could participate in. You could help carry the women’s mikoshi, the children’s mikoshi, and mikoshi with everyone mixed up together from the neighborhood, regardless of age, gender, and nationality. If you were just wearing the same type of hanten, you could enjoy yourself.